Pendock Miracle (imp) x Judaroo Lisa (s.o.d. Chawton Punch (imp))
Grey mare  18.11.86-11.12.09
Its difficult to describe what influence Luckelle had on our family. She was the most beautiful welsh mountain pony I have ever met. Luckelle was an extremely successful show hack before coming to us from Judaroo Pony Stud. Sadly she could not breed but was still a wonderful ambassador for the breed. Between being one of best WM ponies in-hand in the state, she taught a number of children to ride and went to pony club. After winning the Best Purebred In-hand Exhibit at the 1999 All Welsh Show under judges from Wales she was retired from the ring and was Nattai Senigs companion until she passed away. 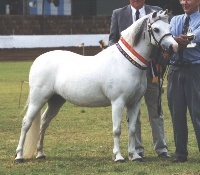 Chawton Punch (imp NZ) x Judaroo Lollita (s.o.d. Baledon Viscount (imp))
Grey mare  29.10.90
Lenita is our grand old lady, pictured here starting to show her age at 21 with her latest foal. Lenita has proven to be a fabulous no fuss broodmare for us , producing fabulous kids ponies and her last 4 foals have been fillies. In her earlier years she was successfully shown in hand being reserve to Judaroo Luckelle several times. She is the dam of the very successful Judaroo Loretta and Ffarburn Ziggy. 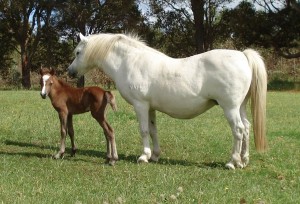 Nattai Senig x Judaroo Lenita
Grey mare  21.2.01
Our first homebred welsh mountain filly, Myffy spent a year leased as a lead rein pony at Pony Club before becoming a mum. She was then leased to Donnelly River Stud and produced a filly for them by Imperial Hazard. She has now gone on to be a ridden pony with another family in Manjimup. 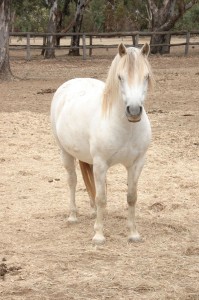 Judaroo Boston x Judaroo Lu-lu (s.o.d. Chawton Punch (imp)
Grey mare  22.8.05
As we really like the Judaroo ‘L’ line, we purchased Layla as a youngster to become another mare in our broodmare band. Layla had her first foal (by Nattai Senig) in 2011 (pictured here) and we are pleased with her filly. Layla has been sold to Copperkahn Stud. 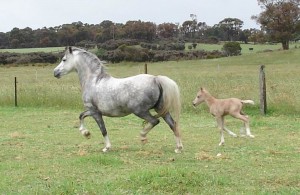 Wendamar Fanciful x Wendamar Erianne (s.o.d. Pendock Miracle (imp))
Grey mare  5.8.06
Elsie is a sweet little mare who I purchased for her Pendock Miracle line but haven’t got around to breeding from. She is being wasted as a companion to the youngsters and is therefore available for sale to the right home. She unfortunately suffered a bout of laminitis during our first season here and needs her weight carefully managed. She would be suitable as a broodmare. Elsie has been sold to Copperkahn Stud. 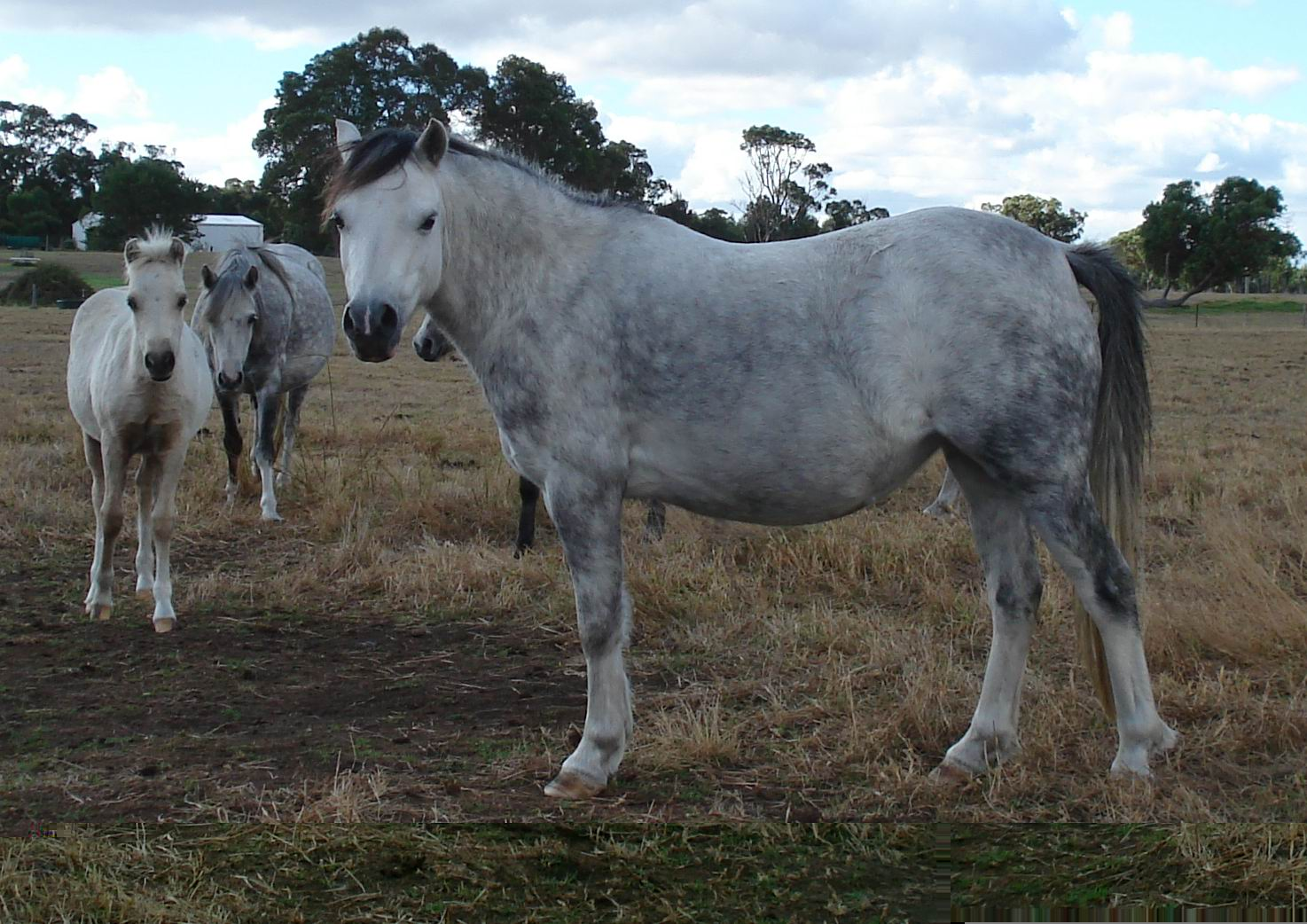 Kingswood Snowman x Judaroo Lenita
Grey filly  18.8.09
Lucianna and her sister Myrabelle were named after our beautiful Luckelle who sadly passed away soon after they were born. Annie is a real character who loved to climb into the water troughs from an early age. Annie and Elle went to a local home where they have been broken in and  enjoyed by 3 lovely young girls. Sadly now outgrown, Annie is looking for her new home. She is also broken to cart and would suit a home where  she is busy doing work rather than fussed over. 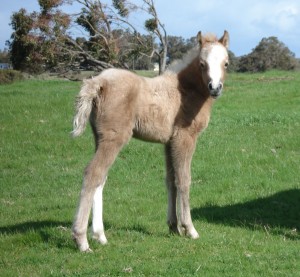 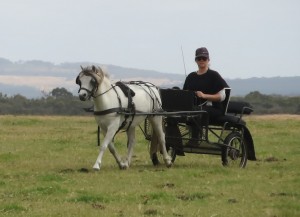 Kingswood Snowman x Ffarburn Myfanwy
Grey filly  22.9.09
Elle is a sweet natured pony who just wants to be in your pocket all the time. Like her sister Annie, Elle was broken in and living with a local family who have now outgrown her and she is looking for a new family to fuss over her. 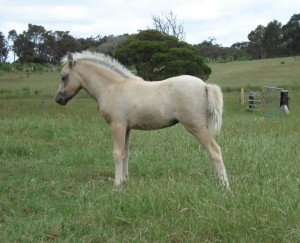 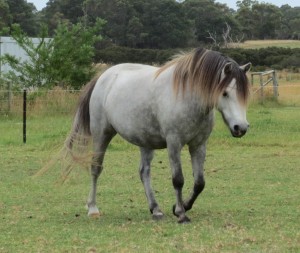 Nattai Senig x Judaroo Layla
Palomino filly  13.11.11
“Creamcakes” looks like she has bucked the grey jinx we have by remaining palomino. Another in your pocket pony looking for a loving home. Creamy is currently being started under saddle and is proving to be a gentle, no fuss pony. 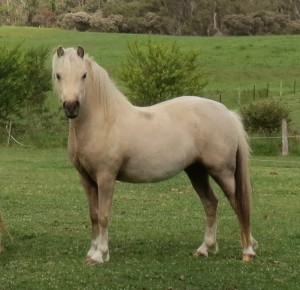 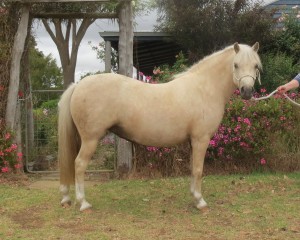 Nattai Senig x Judaroo Lenita
Grey filly   14.11.11
“Brownie” is Lenitas last foal as we had decided she deserves to retire from breeding. This special girl is a bit of a favourite and my last pure welshie She would be ideal for someone wishing to continue the old typey Welsh A’s. 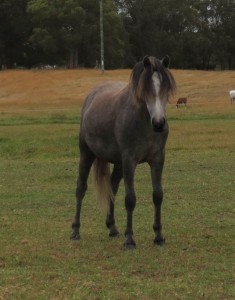 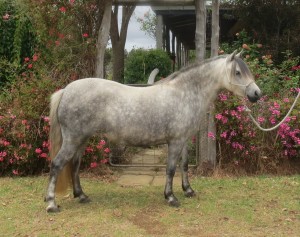